Well not quite complete isolation for me. At home with me for the duration are my husband, known on my blogs as FR (long story, will share it one day) and our daughter, Romy. We are lucky to live in the countryside near a beautiful town in southern Spain not too far from Granada. I am rediscovering the joy of being in the country at this time as we have access to a garden and some great walks to take with the dogs. We also have hens and yes... fresh eggs!

The reality of what COVID-19 was going to mean for me, a self-employed English and Art teacher hit me on Friday 13th March. I had gone into teach my usual English class at a local factory, where I have been teaching for the past five and a half years and, as I had half-expected, was told not to come back until further notice as people would be working from home. English classes would not be high on the agenda for the time being. And no classes means no pay...such is the life of an 'autonomo'.

The harder thing hit me as I left and headed for my beautiful studio, Meraki, that I share with a Yoga Teacher friend and where we have created a wonderful relaxing space over the past two and a half years. Although my side, where I teach Zentangle and art, has been ticking over nicely, it's not a very profitable set up and two years

ago, I had to close for a couple of months as I broke my ankle. It's been difficult to really recover from that...and now this.

I am delighted to say that through the studio and by teaching classes at the local schools, to associations, to groups and PTAs, there are several hundred people in this area of Andalucia that speak Zentangle! But regardless of COVIS-19, I had plans to stop teaching in the studio from the natural term end in June. Summer here is so hot that not much continues again until September. I had shared my decision to call it a day with my partner in December and so it came as no big surprise to her. But a family decision has changed my priorities.

My daughter sings. All the time. She writes her own songs, she's taught herself to play guitar and piano. Our house echoes to the sound of her voice even when she isn't at home. And she can't study music here. Not as a sixth form subject, not the music she loves and as she has been approaching the end of obligatory secondary school, we have been talking about possibilities. We haven't found any in Spain. Via a fairly circuitous route, we ended up deciding that if this was what she wanted to do, she should apply for a Performing Arts course in the U.K. and if she was accepted on a place, I would go with her until she was 18. We decided on Liverpool and in January, just before Brext, we went for a look at the Liverpool Institue of Performing Arts (LIPA). Actually, this is how I know everything will be OK because we had gone to the UK, not for this purpose but because back in August 2019, while I was working at Lancaster University, Romy sent me a message saying Bruno Major was performing in Manchester at Band On The Wall the day before her birthday and could she go as her birthday present. Of course, I said probably not,...but secretly booked tickets as they were not expensive and if we didn't manage to get there, then not too much lost. As it happened, I discovered around Christmas that the concert was the day after LIPA's Open Day...so I booked flights and off we went. Good excuse to see middle son who is currently working in the UK with my sister. (Trapped there, poor thing. He had a flight cancelled; should have been home for Easter. ) Anyway, we went and Ruy came with us to the Open Day where we absolutely fell in love with the place, the atmosphere, the attitude. the students... and Romy sent off an application immediately.

(The concert was fantastic too!)

And as the virus began to spread around the world, I had a mounting fear that if Romy was invited for an interview, we might not get there. And she was invited, of course (oops, my bias showing there), and thus began a complex set of arrangements... flights at short notice, hotels that were cheap but not too cheap, fitting in with family, trying to stay calm and watching Italy in crisis... But we got there, she had a great interview, the hotel in Liverpool was fantastic and we eventually arrived back home safe, sound and virus-free. And on Friday last week, an offer arrived! Conditional, of course, on her passing a number of exams but which should not be too problematic, we hope. So with all the doom and gloom going on around us, we felt like a little oasis of content.

Who knows what will happen next! But that is the reason that I was going to give up my studio. It has not been a secret but I have not been able to tell everyone in the way I would have liked, with a party at the end of term and a celebration of all the art that we've created over the time we've been having classes. My English conversation classes too, where sometimes we would draw and speak Zentangle. I will miss my ZenKids classes with the lively bunch, the quiet set, the wild and wonderful group...all so different and all so much fun.

So on that Friday 13th, I gathered up a small selection of my materials to bring home with me and when I got back to our house in the country - seems a lifetime ago now - I decided to act fairly quickly on an idea that my students had suggested when they knew I planned to go to England - and that was, to do online classes. I am in a group of other Certified Zentangle Teachers based in Spain and one of the group was even faster off the mark than me. She planned to start the next day doing free online classes of basic Zentangle which are excellent and well attended. Within a few days, the group had organised itself to offer a number of different classes at different times to show solidarity and to share the Zentangle principles far and wide during the lockdown faced by so many countries.

I have now settled into my routine of three classes a week on Instagram, Mondays, Wednesdays and Fridays at 7,30 pm, Madrid time. I have been amazed to see my Instagram followers rise from around 120 to almost 1500 during this time. People joining from all over the world, regardless of the timezone or catching up within the 24 hour period that the video remains available. I am loving it!

This is my first real blogpost on a new website of mine. For some time, I have been planning to make a start as online classes are such a great idea for connecting and sharing. My teaching technique is very interactive and fun and I love to be inspired by the moment. I have a vague plan of what lesson I am going to do, but, in the same way as my English classes follow the conversation rather than a defined plan, so my Zentangle thoughts may take a different turn to the one I had in mind at the beginning. I hope people are enjoying them - certainly I have had some wonderful feedback and comments. I think it genuinely helps people to find an hour or so that takes them away from the current situation. When you give your attention to each line that you're drawing, it's almost impossible to think of anything else! I talk a lot and probably write even more. I don't intend to edit myself too much because writing for me is also a tonic, a release, another way to express myself. I asked for opinions and ideas for a name for my new venture and have eventually settled on 'ArtyZen' and have been using this hashtag for a while without explanation.

So please, share with me your comments, drawings, thoughts. Bookmark my pages, connect with me. The blog and the current classes are free to anyone. As life returns to normal and you think you might like to have a class with me, or give a class as a gift for someone else, or even have an online party where I could be a virtual guest - assuming a time will come when we can meet up with friends again - please do book yourself on a class or contact me with an idea you might have. Keep your fingers crossed that we get to Liverpool this autumn. Keep well, keep safe and do Zentangle! 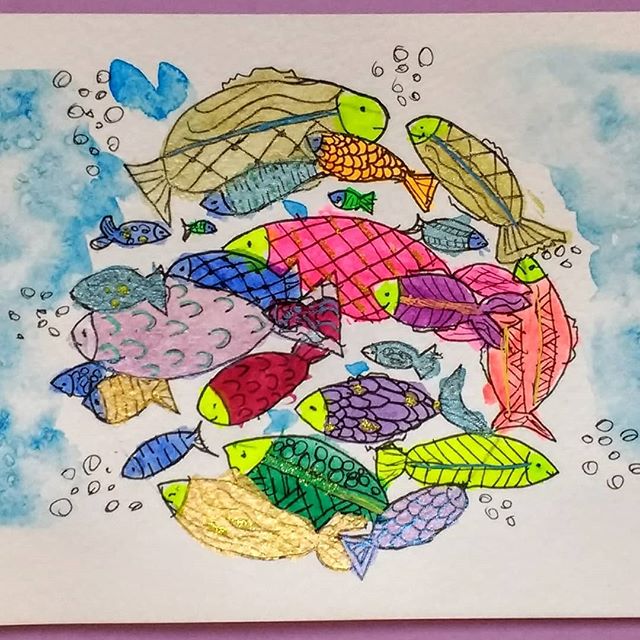 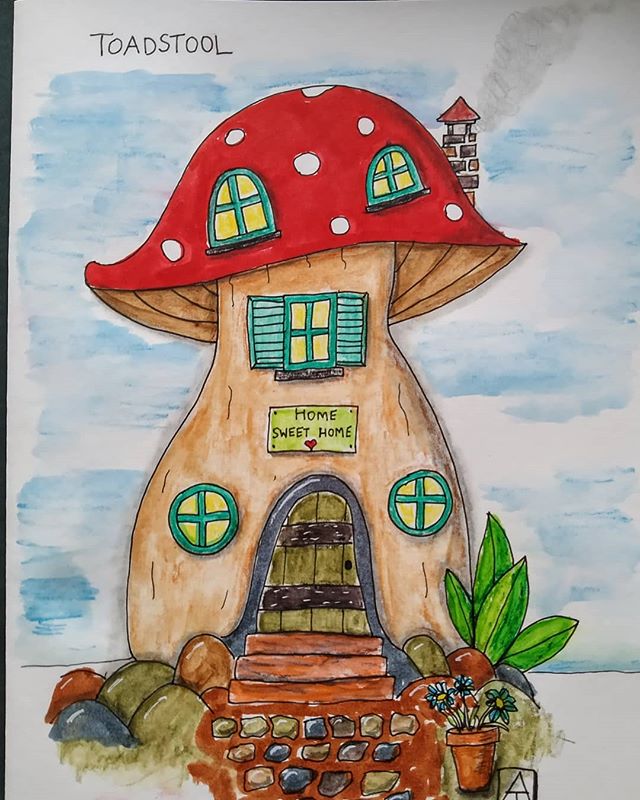 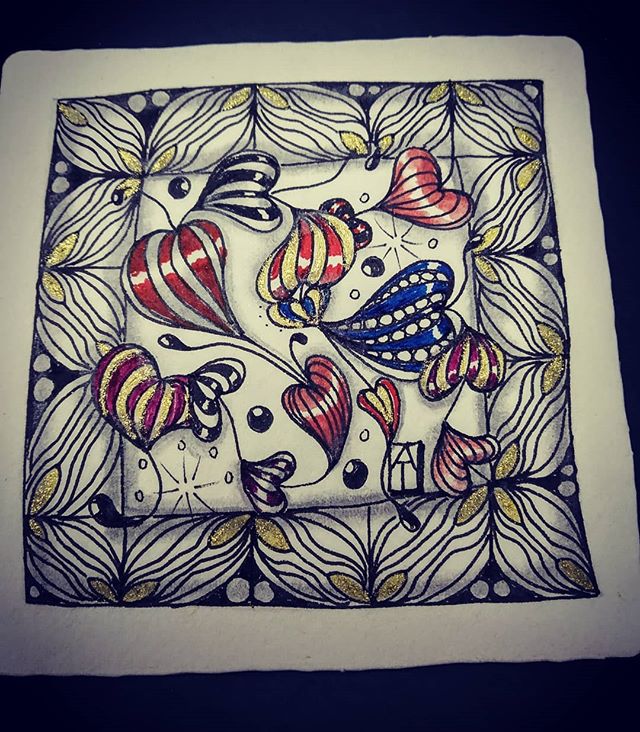 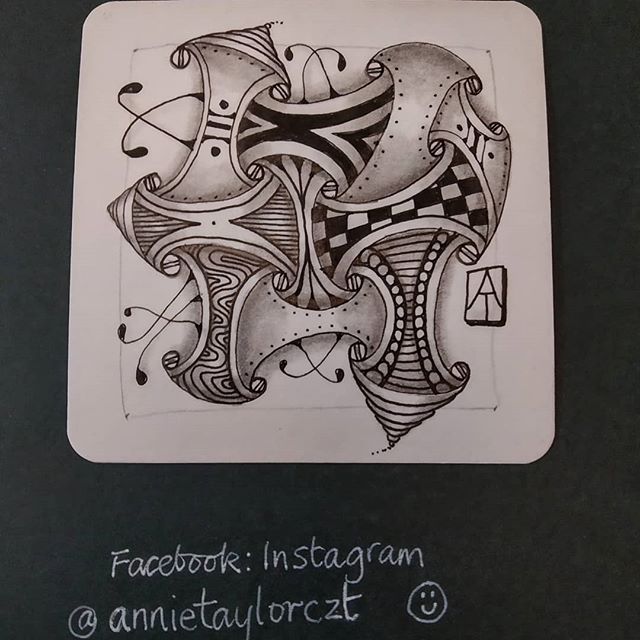 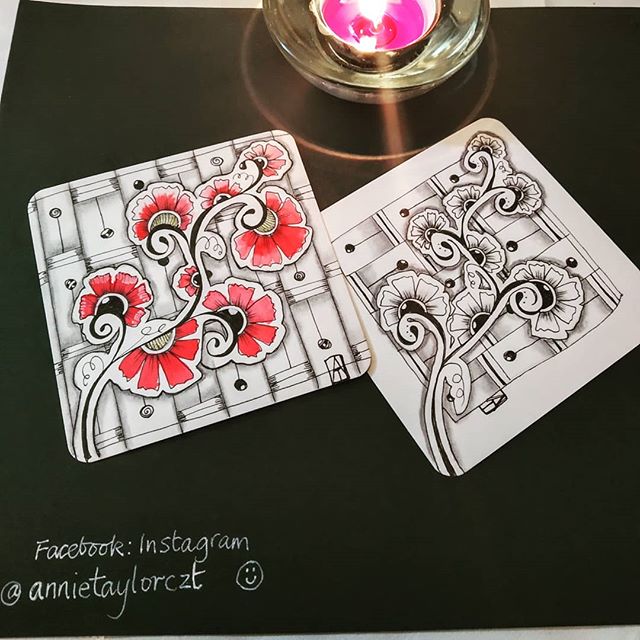 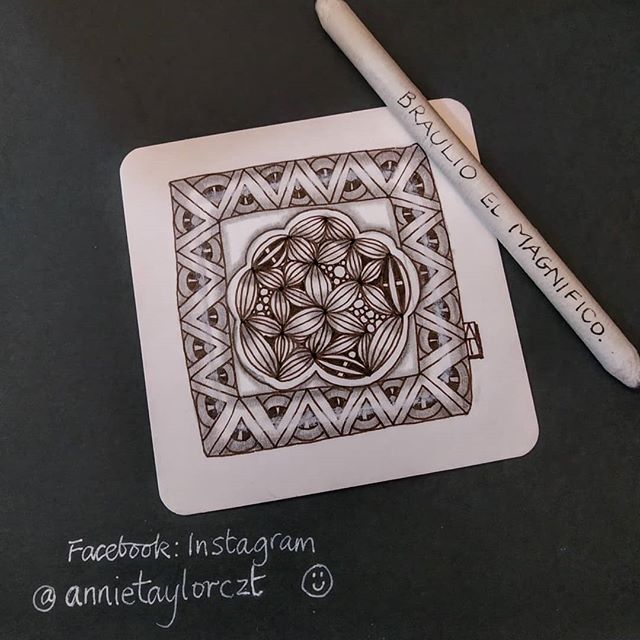 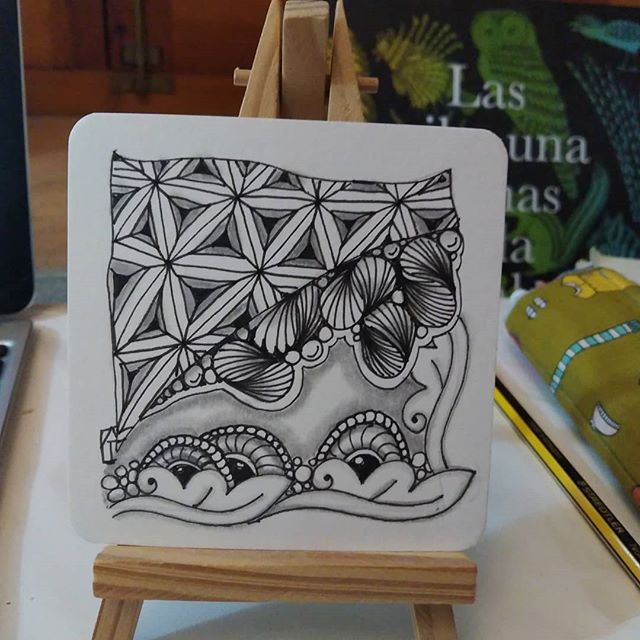 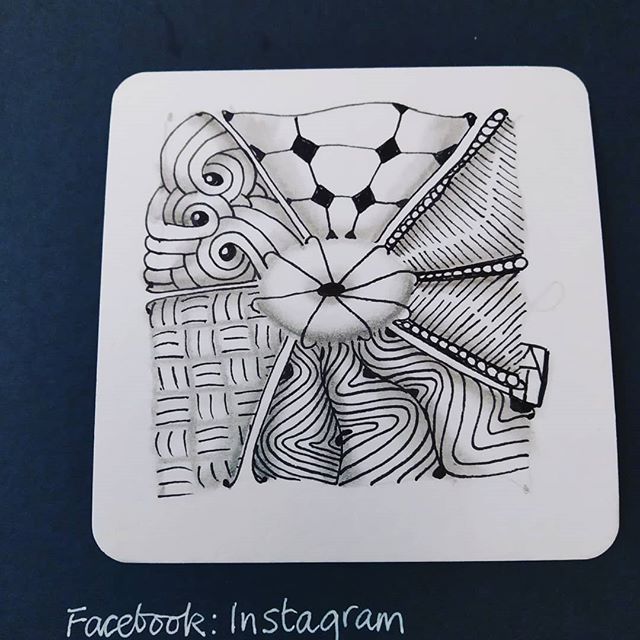 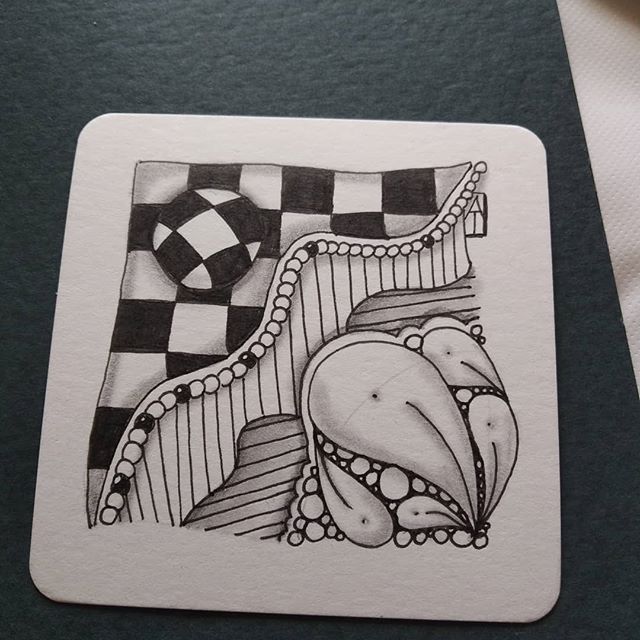 When someone sends flowers...